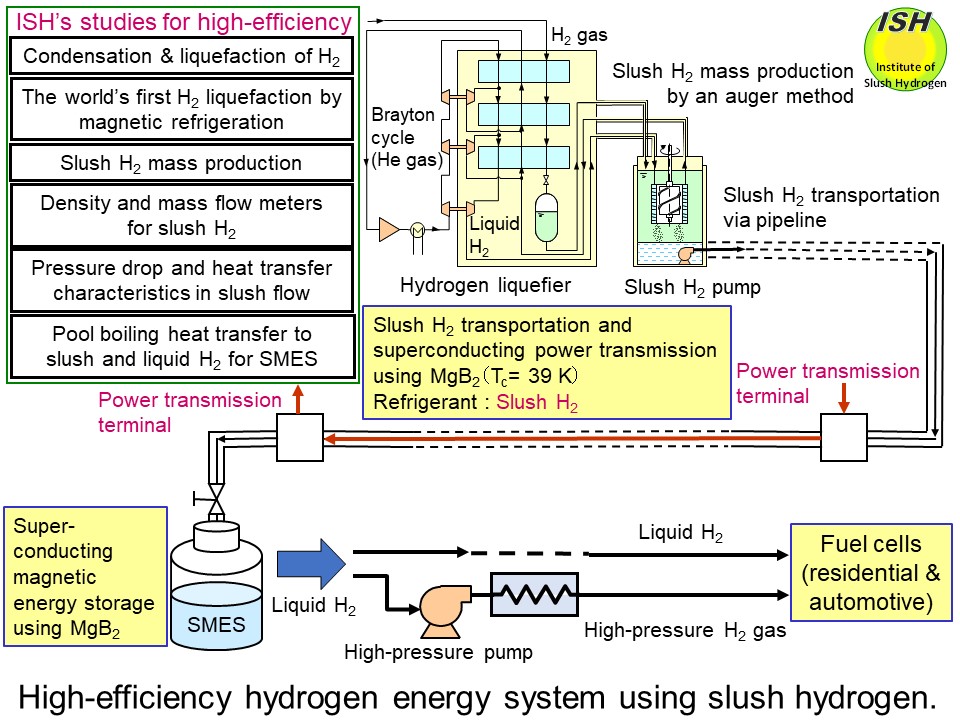 Anticipated applications for slush hydrogen include fuel cells, rocket and space-plane fuels, and refrigerant for high-temperature superconducting (HTS) equipment. With the rapid popularization of fuel cells, increasing demand for electrical power due to the rise of information technology, and the need to reduce greenhouse gas emissions [1, 2] *, Institute of Slush Hydrogen (ISH) has originally proposed the high-efficiency hydrogen energy system using slush hydrogen, and has been engaged in related technological development work as shown in the above figure [3-7].

When hydrogen is transported in the form of slush through long-distance pipelines, in combination with the HTS electrical power transmission using magnesium diboride (MgB2, Tc = 39 K), and the high-temperature superconducting magnetic energy storage (SMES) at the terminal with liquid (20 K) or slush hydrogen (14 K) as the refrigerant, both fuel and electrical power can be simultaneously transported and stored with synergistic effect.

To bring about the practical realization of this hydrogen energy system, ISH has been engaged in research and development work as indicated in the upper left corner of the above figure and the figure below.

* Numbers in the bracket show the numbered references in "References". 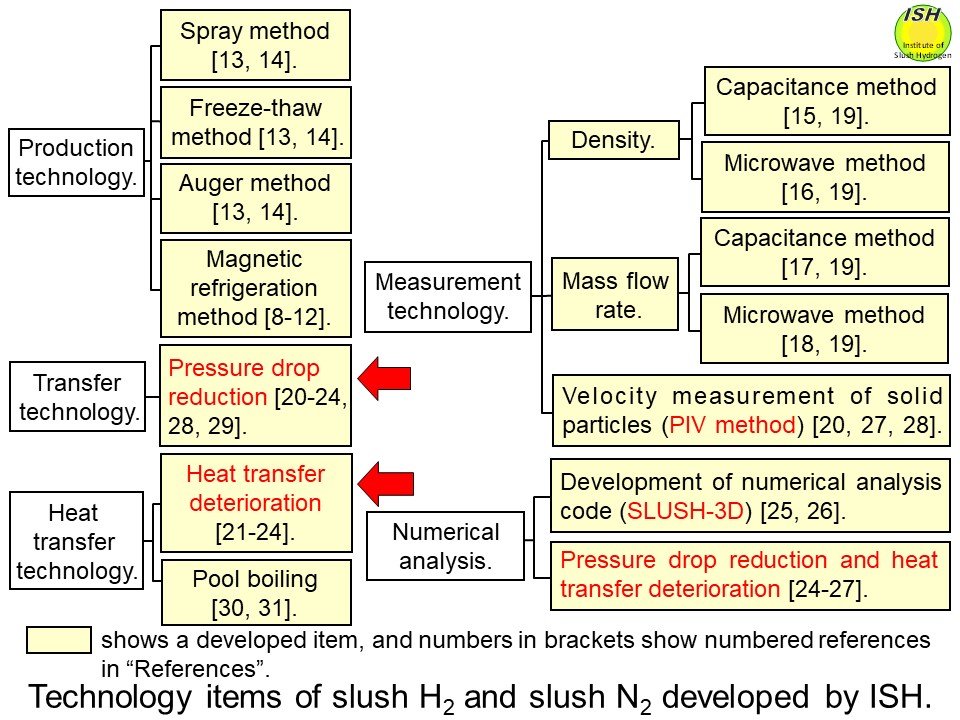 Efforts are currently underway in Europe, North America, and Asia aimed at the realization of hydrogen energy society, including household fuel cells, fuel cell vehicles, and the full-scale spread of the infrastructure network of hydrogen stations for fuel cell vehicles.In Japan, sales of the world’s first fuel cell cogeneration system for household use (ENEFARM) began in 2009. General sales of fuel cell vehicles (TOYOTA MIRAI) began in 2014, with full-scale popularization envisioned for 2030.
Considering the world’s trend for realizing the hydrogen energy society, with the objective of practical realization of this high-efficiency hydrogen energy system, Institute of Slush Hydrogen is carrying out the research and development work associated with slush hydrogen.